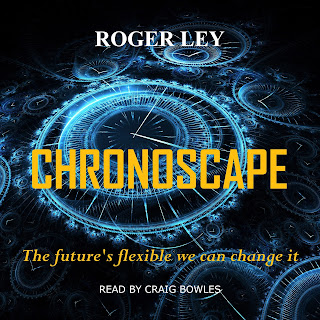 Physicist Martin Riley can receive news stories sent to him from two weeks in the future, but the Government steps in and cloaks the technology in secrecy. Despite Riley’s warnings, politicians on both sides of the Atlantic make radical alterations to world events. The first temporal alteration saves Princess Diana, the next saves the Twin Towers, but ripples travel far ahead and disturb Earth's future civilization. The Timestream must be realigned, but at what cost?


5 out of 5 stars   A brilliant piece of challenging escapism. The story never feels beyond the realms of possibility...

Forget falling down the rabbit hole, Chronoscape takes you on a journey of discovery down the wormhole!
The idea of finding out what the future holds and the burden of responsibility, use/abuse of power and shocking consequences that come with the ability to change events is bought to life through wonderful characterization and descriptive narrative.

I found reading Chronoscape a delight which swept me away as I read it and kept me thinking long after I stopped. There is a poignant element of Black Mirror about it. Well worth a read!

5 out of 5 stars   An Interesting Read

5 out of 5 stars   Brilliant and great fun

Totally gripping and very original story. Well written and leads the reader into places where we feel uncomfortable but familiar at the same time.

5 out of 5 stars   There's no time like the future

This is a cracking story, especially for any fans of sci-fi. A great concept of manipulating time and the effects and extreme consequences of tampering with historic events. Roger Ley's novel is a pacy, action-packed journey forwards and backwards: a temporal roller coaster of a novel. I had to read it in one go, because each chapter leaves you hanging. The plot certainly demands a sequel (or a prequel?). Can't wait.

5 out of 5 stars   This was a great read
This work of fiction was a great read. The level of literacy, uncanny. Mr. Ley's portrayal of the future and science's tinkering therein kept me riveted. I highly suggest it for readers of time travel genre. What next has Mr. Ley in store for us? I will be one of the first to read it 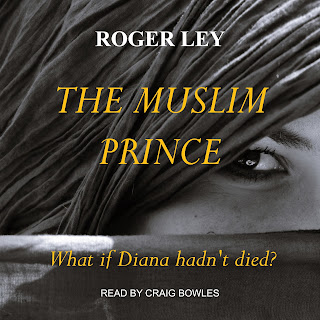 Link to 'The Muslim Prince'

What if Princess Diana hadn't died in the Paris car crash in 1997? What if there had been no crash? What if she'd converted to Islam and married Dodi Fayed? In this alternate reality Prince William succeeds to the throne and his mother, Princess Diana, rejoins the Royal Family as a Muslim Queen Mother. Meanwhile, her grandson James, the next in line to the throne, is under the spell of a Saudi Arabian Princess who wants him to convert and become the first Muslim King of England.


As a kid I loved the “What If” books by Marvel Comics. They would take stories that we all knew and change the characters or outcomes. It was fun to think about how things might have been.Well, that’s exactly what Roger Ley has done with The Muslim Prince. He changes history by keeping Princess Diana alive. By never dying in that car crash, we get a glimpse into what might have happened and how her influence could have changed the world.The ideas in this book are clever and the writing is superb. This book also closely ties into one of his other works called Chronoscape, but both can stand alone separate of the other. If you love historical fiction (or future historical fiction) then you have to read this! I can’t recommend this one enough!

5.0 out of 5 stars The Best Alternative History You Will Ever Read
Reviewed in the United Kingdom on 28 October 2019

THE MUSLIM PRINCE is a superb novel that is almost certainly the best British alternative history written this century. The author displays an insider's knowledge of Islam and Arabic culture. He treats both with respect. He also paints a thoroughly convincing picture of a future Royal Family. The relationships, tensions and conflicts between royals are superbly portrayed. One could imagine the author as a fly on the palace wall. And speaking of flies, Roger Ley's description of the possibilities of future drone and surveillance technology is not just impressive, but chilling. How unusual for an author to show such a firm grasp of both Islam and technology - but apt. We mustn't forget that at one time the Muslim world were far ahead of Europe in medicine and science. The author is also accurate in portraying the social tensions that would be caused by having a Muslim prince and king. While many celebrate the cultural diversity, others riot against it. This is a novel that is both witty and thoughtful; but hopeful and disturbing. It would make a superb television series. 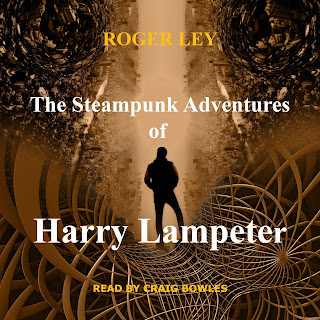 Link to 'The Steampunk Adventures of Harry Lampeter'

Urban anarchist Harry Lampeter is employed by MI6 on a casual basis. Modern technology has collapsed, returning the world to the steam age. The war between Scotland and England, is on hold while the United States army of occupation keeps the peace. The Americans are in no hurry to leave, they plan to make Great Britain the 54th State of their Union. Scotland and England eye one another with mistrust, and an arms race seems inevitable as the English plan building a fleet of Ironclad warships. Telford Stephenson, an agent of the Scottish Secret Intelligence Service, has stolen a copy of the Ironclad plans, but Harry Lampeter is hot on his trail.

5.0 out of 5 stars Enjoyable
Reviewed in the United Kingdom on April 8, 2020
Verified Purchase
Thoroughly enjoyed this! Passed the time away in this Coronavirus lockdown. Realized I need more Steampunk in my life. I don’t know if you out there know this but they are working on bacteria that’s will eat oil waste! So a plastic eating one is not so far fetched. Imagine if that got loose!

Verified Purchase
"The Steampunk Adventures of Harry Lampeter" is a romp for the ages!Raunchy, wild, impulsive characters and plot make this book a refreshingly naughty read!Harry Lampeter is wickedly lovable. He has a way with the ladies, which doesn't mean it's always HIS way."Harry laughed, pulled the covers down and gave Emma a playful slap on her naked right buttock."The dialogue is witty and lends itself to humor.
"‘You should have taken it (the kilt) off, Telford. Nobody would have noticed you in your pants at the seaside.
’ ‘Afraid I wasn’t wearing any, Harry, tradition and all that."
I highly recommend this steamy fast-paced adventure. 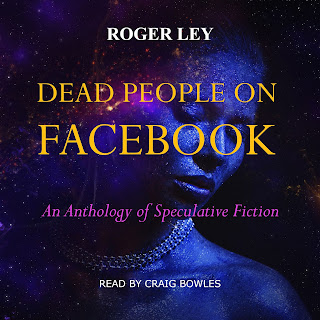 Excellent speculative fiction full of fabulous what-if ideas tangled in human foibles and just the right sense of underlying humor. Roger Ley should be on your reading list. (Editor, AntipodeanSF)

5 out of 5 stars Great unique stories... Loved it

Wow! What an anthology, great stories every one of them. Highly recommended!

5 out of 5 stars Intriguing approach and well written

A very enjoyable anthology of assorted Science Fiction themes.An interesting concept is that there are various, very different, versions of a few characters, used in many of the stories.Many of the stories relate to time travel, but I particularly enjoyed the "future Steampunk" section that seems to be a mashup of Jerry Cornelius, Luther Arkwright, and James Bond; with a soupçon of Alan Moore.Recommended.


5 out of 5 stars Highly imaginative and entertaining

Roger Ley has a quirky and offbeat way of looking at the world that leads to some very imaginative ideas. I’ve been pleased to publish Roger on my own website – The Short Humour Site – and have really enjoyed this latest collection of his work. Definitely worth a read!

I've published a few of these stories at my web zine Fiction on the Web - I love how much Roger Ley can pack in to a super-short story. He builds his characters with just a few deft strokes, gets you ready for a great punchline, and then blindsides you with a dark twist. These stories are like jellybeans: you're never sure what flavour you're going to get, and it might be earwax, but you can't help yourself from having just one more.

Roger Ley is a fantastic new writer, and one whose work I shall follow closely. He has an offbeat vision of the future, exploring the kind of issues probed by Black Mirror. This vision would unsettle if Ley didn't manage to bring such humanity to bear on the bizarre tableaus that may lurk in our not too distant future. His writing is spare and unpretentious, which allows his story-lines and characters to take center stage. Very easy to dip into - you won't regret downloading this!

5 out of 5 stars Witty plot twists


5 out of 5 stars Truly a gifted author

Roger Ley's anthology contains brilliant literary snippets that reside just outside the realm of believability where they quickly captivate one's soul, then leave you all too quickly with a smirk of satisfaction. He is an up and comer who will someday be recognized for the genius he truly is. 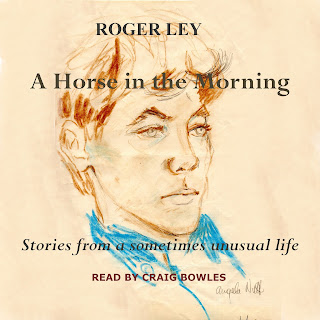 Link to 'A Horse in the Morning'

A funny and extraordinary memoir of an engineer, teacher, actor, father and failed astronaut who tells  dramatic, amusing and sometimes mysterious stories with quirky British humor,
peppered with astringent asides.

'Roger Ley has had a fascinating life that also reflects British history of the last 65 years. Brought up partly in the Middle East as an RAF brat, there is an echo of the fading British Empire in Roger. Bizarrely he was also a child film actor! Adding on his time as an engineer in Qaddafi's Libya and the UK's nuclear industry, Roger's life is well worth writing about and he has done so brilliantly with characteristic understatement. The important thing about Roger's hinterland as an engineer is that it is far from the experience of most creative writers - and therefore all the more interesting and unusual.

5 out of 5 stars   Excellent
Excellent! I found it riveting and well written. I just hope he writes more.

5 out of 5 stars   A very fun read
Read this book while on holiday, very fun to read and found it very difficult to put down..


Would definitely recommend this book. Very interesting read some of which involved my family history. If you thought you had had an interesting life read this.

A snapshots of seven decades

Roger Ley's collection of memoirs is like a series of short stories, all self-contained, as if one is looking through a snapshot album covering seven decades. Some of these stories have already been published in magazines such as Readers' Digest and Best of Britain.The stories are told with wit, charm and a self-deprecating humor - very British.
The book is well-structured, eminently readable and I love the way it goes full circle, beginning (more-or-less) and ending with the author's TV/film/showbiz experiences.

Welcome to my website, these are the latest posts and links to published stories. Find links to my books here and for a link to my Amazon author page click the 'About' tab.
Read more

Sirens Call ezine publish 'Galatea' - My story of obsession and cruelty was awarded a Silver Honourable mention in the 'Writers of the Future Contest.' 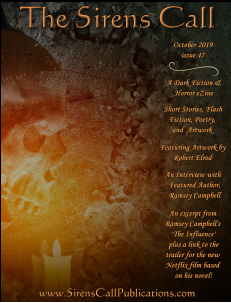